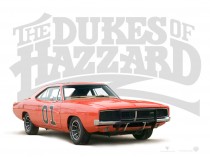 If you’re old, like me…let’s say, over 30 years old…you might remember the television show “The Dukes of Hazzard”.  Waylon Jennings, a popular country music singer during the late 70’s and early 80’s sang the theme song.  The lyrics are:

Beats all you ever saw, been in trouble with the law

since the day they was born

Many times in IT job settings, you’ll find that you need to become one of ‘the good ole boys’ in order to accomplish your job.  You have to like the things others’ like (or pretend to), you have to laugh at the things others’ laugh at.  In other words, you may have to become all things to all people.  It’s stupid that things are this way…but if you don’t change, you’ll find yourself on the outside looking in.  I’ve always been one to try and strike the right balance between becoming what my coworkers wanted me to become versus what I want to be.  Through the almost 10 years I’ve been blogging here, I’ve both sponsored and at one time hosted Ken Starks (aka Helios) blogging efforts and even his Lobby4Linux initiative…and I still consider him to be a great friend as well as an uncompromising voice in the world of Linux.  Over at his blog, he gave the anonymous experience of one HostGator employee.  You can read her experience over at his blog but here is an excerpt:

But my friend did have trouble answering a question and she dutifully IM’ed her tier two technician for help…. Twice. Then three times. And finally a fourth. She didn’t even get a response from a tier three tech or a supervisor. And I’ve been a tier three technician…I played a lot of online games. Help requests were infrequent. We mostly helped supervisors keep track of call times. She was a nervous wreck…and the customer wasn’t happy. She had to take down the customer’s number and promise to call them back when she found the answer to their question. A callback counted against her in her call stats and bonuses can be earned or lost on customer callbacks. She was close to tears, but nothing like she was when she found out why she being ignored when she asked for help. It seems that there is a little initiation when you go to work in that particular call center. It’s a game of sorts and it all boils down to this.

I’ve experienced things just like this in my career in the world of IT…not to the level above…but in some form or another, I’ve been hindered at performing my job by someone else who wanted to ‘initiate’ me into working where they do…or someone who just didn’t like that I spoke in an accent.  It’ seems rather stupid that someone would want you to become part of their ‘good ole boys’ network before they give you the help you need.  It’s unprofessional and counterproductive.  The only real permanent damage it does happens to the end user.

One can’t get too mad at companies though…they may not even know it is going on.  It starts at the mid-management level.  Managers who enable and allow this sort of behavior on their teams or ignore this sort of behavior are to blame.  Having a workplace that isn’t fun to work at unless you’re a part of the ‘good ole boys’ or that makes the end user suffer just for a laugh isn’t a good workplace.  Turnover will be high.  Ego’s will be allowed to cultivate and grow.  Cliques will form.  Boundaries will be crossed. In the end, your workplace suffers because it becomes hostile to those who refuse to adapt their behavior to jive with the few who behave in this way.  If you’re an IT Manager, take note of the story I linked to above.  Don’t be that guy.  Don’t let your employees set the tone for the work environment.  Make it your mission to set the tone yourself.  Making your work environment an inviting and supporting place to work isn’t hard to do.

3 thoughts on “HostGator, Linux and The Dukes of Hazzard”