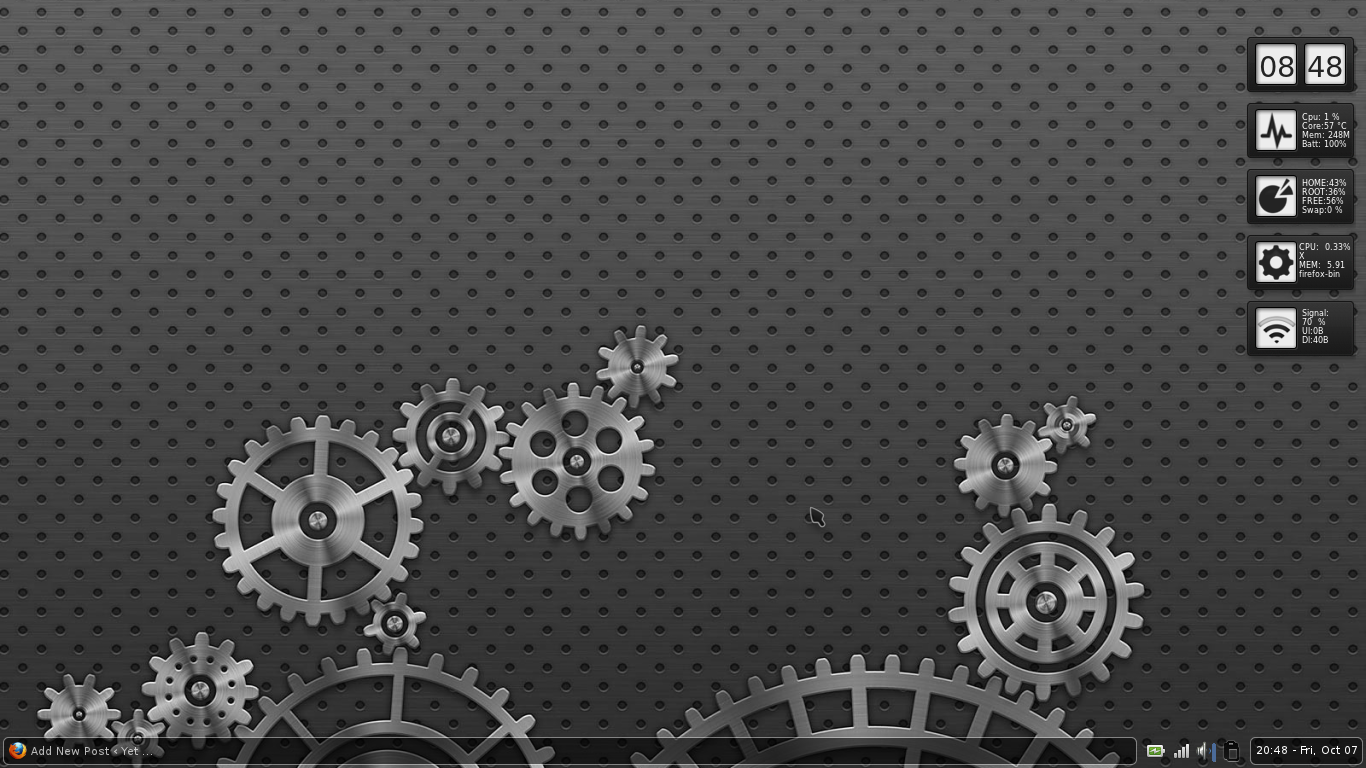 I hit a snag recently when installing Openbox on the newest Alpha2 for Unity Linux.  I initiated Conky in my autostart.sh and it was always on top…of everything on my desktop.  That’s not a good thing when you’re trying to browse the web with your Conky layout on top of your browser.  After thinking about some of the settings, I thought maybe that own_window setting might be good to play around with in conky settings…however, after a few tries, that didn’t pan out and fix this problem.

I recalled something similar with wbar in Openbox…it would draw itself on top only and have a large black box around it.  No matter what I tried, I couldn’t get it to not display the bar nor get it to stop displaying on top.  I eventually would have to kill the PID and restart the program; then I tried something…on accident actually…pypanel, my previous panel, displayed so fast I had to make it sleep to avoid problems.  So I just replaced pypanel with wbar and let it go.  Wouldn’t you know it, Wbar displayed fine and in all it’s glory after that.

I tried the same with Conky and I am happy to report it works just fine to solve the “always on top” issue.  To make a task sleep before running in your autostart.sh, alter it as follows:

Where 6 is the number of seconds you want things to sleep and program is the program you wish to run.  Hopefully this helps a few people out…it threw me for a loop for a while before I was able to solve it.  Gratuitous and obligatory screenshot is below:

3 thoughts on “Conky Always on Top Fix in Openbox”