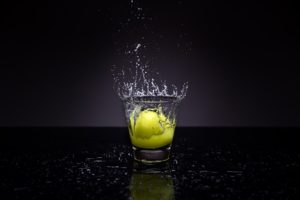 Make Lemonade?  What About When You Can’t?

Sometimes, life gives you lemons.  Dried up lemons that you’re not going to be able to make lemonade with.  You are then left with some old, dried up rinds that are brown and withered that look like tiny catchers mits.

Life did this to me in September.

I was laid off.  This is something that never happened to me before.  I worked for a financial institution supporting production software running on Linux.  It was a GREAT job and one that I did for 4+ years.  I was able to work with RHEL and SUSE Linux servers on the daily.

This is the first time in my life that I haven’t had a job.  The last time I didn’t work was 1998.  These past 6 weeks have been not much fun at all and I’m dangerously close to running the distance of my severance package in the next 3 weeks.

On top of those nasty old lemons…I have yet to find a job.  I’ve had plenty of attention for my resume but it seems people are looking for specific titles that didn’t exist 5 years ago when I was looking for work.  The IT industry changes so quickly.  So the traction I got 5 years ago is gone.  Instead, it’s like I’m using bald tires on black ice….it’s just spinning around.

I rewrite my resume weekly now.  Update it with recruiters.  Update it on websites.  Apply to new jobs.  Lather, rinse, repeat.

It’s especially scary when The New York Times is reporting that there is a lot of job hunting going on right now, but no job, despite low unemployment.  Hopefully, all things will sort themselves out in the next few weeks.

What’s Next for Here?

This post is just a quick update on why there have been crickets here for the past few weeks.  I still have a review of OpenMediaVault prepared…all the nifty screenshots are taken.  But I haven’t written it yet.  Job hunting is taking all of my time currently.  I’ll probably need to take a break from the grind of job hunting so I should get that out sometime in the next few weeks.  Wish me luck on the job hunting front!

There are some things you just are.

I’m a thinker because of Linux.  I have to be.  I have to think outside of the box…the standard way of thinking.  I find solutions to tech problems more quickly than people around me because of Linux.  I don’t think just of linear solutions.  I’m not just one dimensional…Linux makes me multidimensional.  When a problem arises, I meet it head on instead of waiting for others to fix it.

Linux helps me to be who I am.  Linux just is.

It was almost 10 years ago that I started recording my thoughts, tips and tricks on this blog.  I blog less frequently today then I did back then thanks to more professional responsibility with my work…but just the same, Linux still plays a major part in my every day life.  This website is hosted on a Linux server that I built from the ground up.  I use Linux for my Network Attached Storage at home that contains all of my movies, music and pictures.  My phone runs Linux.  I stay in touch with my friends and family because Linux is so versatile.

This blog has been through 4 major hosting changes and 3 changes of content management systems.  It’s gone through DDOS attacks, smear campaigns and even bumped heads with Groklaw before they shut their doors.  Through all of that, the one constant that remained is that Linux is.  For those of us that use it…Linux is what we use to shape our lives.  I’m glad to be a Linux user and a blogger of all things Linux.  Despite my infrequency of posting, I try to provide original content instead of just recycled news/how-to’s.  I don’t plan on changing this goal in the future…and I plan on being here for as many years as I can.

I want to personally thank each and every one of you who subscribe to my RSS feed and have my content delivered to you there…and those that subscribe to the blog via email.  Thanks to all of you who read the content I produce.  I appreciate your patronage and your support.  I began this journey with many of you over 10 years ago…here’s to the future path we’ll be travelling.  No telling where Linux will take us!

You may have seen a blip swing by in posting on the site with the default WordPress posting “Hello World” displaying as a new post.  This was due to my recent migration from Site5 shared hosting to a Linode VPS.  During the switchover, the database had not been uploaded yet as I was tweaking the webserver…feedburner detected a change in the RSS when DNS switched and BOOM!  The WordPress default post popped up saying hello.  I thought I had everything planned and timed perfectly but it seems I was off because of how fast DNS switched.

I apologize if this littered your inbox or your RSS reader.  I can promise some GREAT posts coming up.  I’ve been working on a file permissions and user groups posting to help new users out.  I’ve also inherited an older laptop with a PIII that I’ll be installing Salix on soon…I’ve decided to go with LXDE version of Salix 13.  Should be quite fun to see how that performs and report about it.  I’m also investigating Linux command line downloaders that can grab files from the web for you.  So lots of stuff on the horizon.  Once again, apologies for anything odd that may have popped up.

If you’d like to know more about the migration or have Site5 shared or Linode VPS questions, please drop me a line in the comments section.

It is the intention of this entry to try and ascertain what the correct definition of FUD is.  It is evident that this term is thrown around much as of late and is a ‘catch all’ for many to group people that they do not want to deal with.  So, let’s start by getting the “official” definition of FUD.  No, we are not going to an Encyclopedia or dictionary…we’ll go to the place where the community defines exactly what the definition is…Wikipedia. According the the Wikipedia definition, FUD was first defined as “any kind of disinformation used as a competitive weapon.”  FUD then was applied to IBM and business practices.  Currently, it has become trendy to apply it to individuals. Later in the Wikipedia article, it goes on to state:

“FUD can be used to offhandedly ‘smear’ criticism or legitimate debate, even in cases where the allegations are without merit or are merely implied; this tactic is often used in cases where the initial publicity surrounding claims of FUD is likely to vastly overshadow any subsequent retraction. Such an arbitrary usage is a general type of logical fallacy known as Ad hominem circumstantial“

It is my opinion that this application of logical fallacy has replaced the actual definition of FUD in today’s society.  Today, people who see opinions and ideals other than their own gaining a public voice will immediately sling accusations of FUD toward the source…more often than not attacking the person or public voice that publishes them.  The gradual dilution of the actual meaning of FUD is part of the great divide that is prevalent in today’s online world.

END_OF_DOCUMENT_TOKEN_TO_BE_REPLACED

By no means are these meant to point fingers…they are just observations.  Do you share some?  Do you have more to provide?  Please, let me know what you’ve seen in or out of your Linux community.

I’ve been drastically neglecting a few areas of my blog.  The main one is plugging it into social networks.  I’ve been using things like twitter, pownce, and stumbleupon…but I haven’t truly plugged my blog into these services.

Which services are most important?  Which ones are you, the reader, using?  Thus far, the easiest way I’ve found to manage things is to choose one service like Tumblr or Pownce and aggregate all other services into it.  THEN to use friendfeed.com to envelop them into a stream.

I’m curious as to how others are managing things…I’d like to make Yet Another Linux Blog reach a larger audience and I think that this is a good starting point.  So if you have suggestions, please let me know 🙂