Want to know what utilizes 54.3 MB of RAM idle at 1% CPU utilization on a Gateway M250 laptop?  CrunchBang Linux, that’s what!

It’s always a breath of fresh air when you are able to resurrect older hardware that most people would throw right into the trash with a dash of Linux.

Granted, this M250 laptop isn’t in its default config…I’ve updated it from 512MB of RAM to 2GB of RAM…which puts it at the maximum it can recognize.  It is running a Pentium M 740 Processor that runs at 1.73 Ghz and was part of the Centrino line from Intel.  It’s not breaking any land speed records but it hums along nicely.  I can upgrade it still to a Pentium M 760 and then that too will be maxed out.  For now, this laptop would run Windows XP normally and probably not do a fantastic job at it with a bunch of apps installed.

With Linux, I can load it up with just about anything I want and things just work.  If you haven’t taken a look at CrunchBang Linux in a while, you should do so immediately.  It’s like straight up octane fuel for your older computers.  I’m pleased that CrunchBang uses Debian for its base so that I am not in want of obscure packages and it uses Openbox, one of my favorite window managers, for its default desktop.

During the writing of this article using Firefox…er Iceweasel 8.0…it’s humming nicely at 175MB of RAM being used and about 15% CPU.  Very pleased thus far.  I’ll include a screenshot below and I’ll do a more in depth review of CrunchBang soon.

Remember, don’t throw out your old computers/laptops.  Resurrect them with Linux…particularly a VERY well put together and nice distribution like CrunchBang Linux! 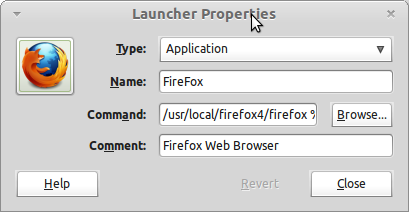 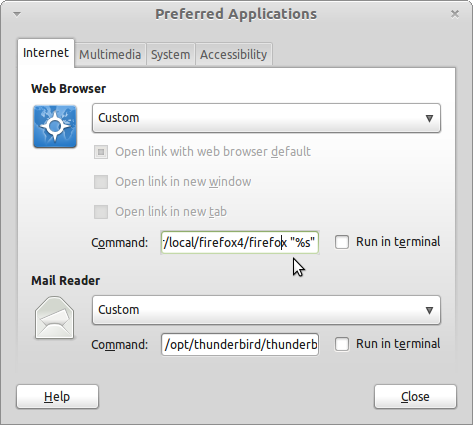 Sometimes, you just have so many problems with the distribution you’re running that you have to wipe it out with a clean slate. I did that this past week and am now using Debian.

With using Debian there comes a feeling of being back to the very basic of Linux distros…much in the same way when you use Arch…it just feels plain, unencumbered, and basic and there is a feeling you get when build something from nothing…you start with a kernel and just enough CLI tools and create your house…then live in it.

People like to ride the unstable or testing route with most things out there…as I move forward in my Linux journey, I find myself looking to be less and less cutting edge and more and more stable. Plus, if there is a program out there that needs updating…backports are always a good way to get them.

I’m enjoying my new digs and will look to getting back into the swing of posting enjoyable articles and how-to’s in the upcoming weeks.

Very interesting statistics that I’ve noticed since moving the site to a Linode VPS.

If you take a look at the graphic below, the spike in the middle will probably stick out quite a bit.  Oddly enough, the spike I noticed in CPU percentage used (which is regulated for VPS at Linode) also spiked up disk usage…mainly because I began to swap when cpu/ram use skyrocketed.  All of this happened with Ubuntu 10.04 installed.  CentOS was the first distro I tried but I quickly switched to Ubuntu when I spotted a really nice how-to in the Linode document library.  Oh, and please excuse my horrible gimp skills on the image below…it was a quick and dirty editing of the image:

After switching to Ubuntu, I began receiving alarms for my account due to the high usage of CPU and disk.  I attempted to tweak settings and configuration files for about a week and realized it just wasn’t going to work for me.  I switched to Debian Lenny and the move was a positive as is reflected in these pictures.

I was hoping Ubuntu 10.04 would fit for me since it is a long term support (LTS) release.  CentOS is my normal server distribution of choice and I really wanted to branch out and go with something different.  I used a Linode Stackscript for WordPress for CentOS but elected for vanilla installs of Ubuntu and Debian aftwards (I didn’t like NOT knowing what was installed when I first logged in…call me a control freak).

I just found it interesting that Ubuntu 10.04 did so horribly in this instance.  After investigating, I found a couple of likely suspects:

Debian, as the parent distribution of Ubuntu, would most likely suffer from the same problems…except it doesn’t.  Things are working great with it and I’d recommend it for any of your server needs!  Has anyone else seen this oddity with Ubuntu 10.04?  If so, please drop me a comment below.

That’s right…Linspire will now use Ubuntu for its base instead of straight Debian. Linspire also announced a “technology partnership” with Canonical. Also in the announcement is that Ubuntu will be using CNR (Click and Run) technology in Release 7.04 “Fiesty Fawn”…which will link directly to Linspire’s CNR warehouse.

Now users will be able to install both commercial and non-commercial software as well as proprietary multimedia codecs through the Click and Run Repositories with a single click of the mouse.

From a business perspective, It makes perfect sense for Linspire to do this…it’s a winning situation for them…they get to ride the popularity coat tails of Ubuntu and they get a standardized update schedule (which signifies stability in Business). With Ubuntu announcing previously that it would begin shipping with proprietary binaries installed, you can also see how Canonical set themselves up for this as well…when you open the door a crack (for binaries), you may just as well open it up all the way right?

I’m not sure what to think of this.

It also makes me wonder what will happen when something goes wrong in this “partnership” (as the announcement states it is).

Will one company buy out the other? Will one become the bitter and scorned outsider when a separation occurs? Will none of this happen at all? Did I leave the iron on? (sorry, last one is my wandering mind).

What do you think of this? Drop me a comment below and let me know.

UPDATE: An official FAQ has been released.

Are you leery of installing Linux onto your Windows PC? Would you like to try out this Linux thing but are you reluctant to make room for it on your current hard drive for fear of messing something up?…Good News! You can now install Debian (and Ubuntu) safely from your Windows desktop WITHOUT MESSING UP YOUR HARD DRIVE! How? Simple. Visit either of these websites:

Follow the instructions and enjoy Linux safely and securely without nuking Windows. It’s like a crutch for those of you reluctant to put the full weight on that one foot. If you are confused about what this Linux thing might be…visit this flash presentation to get an idea and welcome to the world of Linux! We’re glad you came aboard! Hopefully, you’ll make the choice many have already made to run Linux exclusively on our PCs 😀