Good news to all of you out there that watch the project I’m involved with called Unity Linux.  What is Unity you ask?  Allow me to give you some background:

Unity Linux is a small Linux core based on Mandriva Linux.  We whittle down Mandriva to a small base desktop to provide users with ‘just enough graphics’ to be able to login and create their own distribution of Linux with the liveCD project which lies at the heart of Unity Linux.  We’ve replaced some of the common things like uprmi with the Smart Package Manager and we’ve moved on past RPM version 4 to RPM version 5.  Version 5 gives us some really cool features as well as speed enhancements across the board.

If you’re in the mood for Mandriva goodness (control center) without the extra stuff…give Unity Linux a try as a cholesterol free Mandriva.

In February of this year, Unity Linux turned 2 years old.  With this milestone on the horizon, we were approaching the time when our hosting service was coming due for another large chunk of change.  I began to seek out different hosting plans and price them and our developers started talking fund raising.  In January, I approached a hosting company named Host Color about the possibility of sponsoring Unity Linux via providing a hosting plan for them…to my delight, they were more than happy to provide for us!

I approached Host Color because they have been a sponsor of Yet Another Linux Blog for well over a year now helping the authors here bring excellent how-to’s and editorials about Linux.  Now Host Color has offered hosting for Unity Linux and given us a fine place to hang our hosting hat.  So, please join me in thanking Host Color for providing us with our new home!

I was running Unity Linux 2010.2 with KDE 4.5 for around the last month.  I really like what has been done there but it seemed a bit heavy for my Gateway M250…the CPU fan was always on which told me it was always in high use.

I checked out Gnome 2.30 on Unity and found it to be delightful on my resources; however, Gnome doesn’t make me feel warm and tingly when I use it.  I find myself frustrated with its lack of configuration options…specifically, right click menu.  So I rolled my own using the base install of Unity.  That worked quite nicely but lacked much of the polish I became accustomed to when using KDE.  What I wanted and needed was a happy medium.   I found that happy place with TinyMe Linux.

TinyMe is based on Unity Linux 2010 and was previously based on PCLinuxOS.  It uses LXPanel, PCManFM and the Openbox Window Manager to handle the heavy desktop lifting.  The ISO I used was a release candidate and lacked much of the polish of the TinyMe stable release of the past.  Even though it’s a release candidate, I still found it quite stable and usable…especially since I know my way around the openbox window manager.

After a few adjustments of adding my favorite programs I was in business.

Even without some of the programs that made TinyMe famous (like the TinyCC) this distro is both stable and robust which is a testament to the underlying Unity Linux core.  If this release candidate is any indication, look for GREAT things to come from TinyMe 2010’s full release…something I will be looking forward to!

I just took a look at how Unity Linux 2010.1 shapes up and found that the flashplayer plugin doesn’t work with the default browser which is Midori.  Here’s a quick fix for getting flash to work with Midori on Unity 2010.  First, install the flash-player-plugin (as root in terminal or use the gui):

Next, we need to create a directory under your profile to house the flashplayer plugin and then copy it there.  I’m sure we might be able to get by with a symbolic link but I didn’t try that out…

I was quite surprised this morning whilst reading my RSS feeds to discover that Ubuntu has named their most recent ‘lite desktop‘ Unity.  Surprised because we have our project, Unity Linux.  Strange that both our ‘lightweight distribution and desktop’ and Ubuntu’s ‘lite desktop’ should share a name together.

While I’m not really sure why no one threw up a stop to this in the Canonical brainstorming session that produced ‘Ubuntu Unity’ one can only have a laugh about this and hope we don’t get our pants sued off even though we named our distro first.

If things do get hairy, I’m sure we can change our name to ‘Unity Ubuntu’ or something similar to properly confuse everyone.

So, on behalf of all the Unity Linux developers, I’d like to thank the Academy and give a special shout out to Ubuntu for making our name known!  Thanks Mark!  Oh and good luck with that Unity thing! 😛 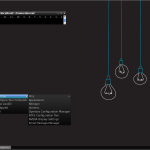 I’ve been pretty busy lately with theme design for the Unity Linux project.  The following pages were updated:

Uniformity was the key ingredient to the stylings.  I’m trying to match everything to the front page theme at the main site page.  Using the color pallete from that site, I worked on creating a theme for our forum and then gave planet unity a facelift as well.  We’ll test out the planet capability a bit longer (see how updates go) before we ultimately conclude to use it.  However, the forum and main site are finished products.

Let me know if you find any bugs or have any problems with the theme.  If all goes well I’ll start on a wiki theme for our documentation site 🙂